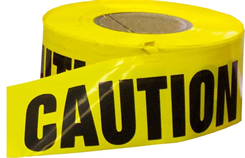 In the short history of online penny auctions, there have already been many legitimate penny auction scams and plenty of people thinking that they got scammed but what really happened was that they did not understand how penny auctions work.

A typical scenario that leads one to believe that a penny auction site is a scam is seeing list upon list of high quality items selling for dollars or tens of dollars. We are talking iPads closing at auction for a few bucks or even LCD TV’s being sold for $10 bucks.

You are probably saying to yourself, it looks to good to be true, it looks like a scam. Just look at the front page of Beezid, doesn’t it look like beezid is a scam? I mean who wouldn’t pay $1.37 for a $100 gift card or $4.20 for a laptop?

The real answer is that the low auction price is only a small part of the amount people paid to win that item. Penny auction sites use a model called a pay-per bid where bidders compete with one another to win items in a game of brinkmanship called penny auctions.

In a nutshell, every time you bid on an item you spend 1 of your bids that costs anywhere from $0.50-$1.00. The final auction ending price of the item increases by 1 penny. If the timer reaches zero you win the right to purchase that item for the ending auction price. If someone outbids you then you have still spent money and have nothing to show for it.

Penny auctions are a game. A very competitive game.

For a more detailed look, see how penny auctions work.

Here is how we identify a scam penny auction site.

Here is what does not indicate that a penny auction is a scam.

As our site grows and more users submit ratings and reviews from their personal experiences at other sites we will add more for you judge from. Sites that would open up and sell bid packs and use shill bidders world of online penny auctions. Or even worse the penny auction sites that make you buy bids just for signing up to get your ‘free bids’! We strive to help players avoid scam penny auctions by first explaining clearly how penny auctions work and also listing safe penny auction sites.

I am working on a list of sites who have closed down due to scams.