This article takes a look at the most common penny auction mistakes made by penny auction newbies or inexperienced bidders.  Learn to avoid these mistakes and help you win more and spend less bids on the items you want. 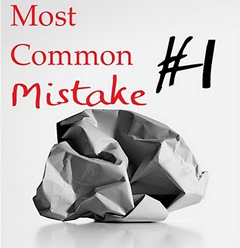 Blindly Bidding – I see so many bidders blindly placing bids that have absolutely no chance what so ever of winning that it makes my head spin. Blindly bidding is one of the most common penny auction mistakes I notice when watching an auction unfold.  For example, if you are bidding on skoreit.com penny auction and there are two or more bid agents battling then for the most part you are wasting your bid because at least one of the bid agents is going to automatically out bid you.  Make sure that when you start bidding you are not up against two auto bidders.  It is generally a good strategy to wait until one of the auto bidders drops out before spending your bids against the remaining auto bidder. Read more about bidding to win in penny auctions.

Emotional Bidding – Getting emotionally attached to an auction is a sure fire way to cost yourself a ton of bids and money is is a very costly bidding mistake.  I have seen new bidders spend tons and tons of bids to win an item because they can not let themselves go from an auction that has stiff and serious resistance.  If you are an emotional bidder and can not walk away from an auction when the time is right then it is highly likely that you are going to lose money. Emotional bidders are way more likely to blow their bid bankroll and are much more likely to spend more on the cost of bids than the value the item up for auction anyway.  *Overbidding can sometimes be an effective long term strategy to establish yourself as a penny auction power bidder, but that is a more advanced strategy requiring deep pockets. MSN also questioned whether or not one penny auction site was like crack cocaine, so if you can not emotionally remove yourself from the game of the penny auctions then they are probably not for you.

Not Budgeting Enough Bids To Battle – It is going to be extremely rare to win a huge auction item with a modest amount of bids unless you just get lucky or are already an established power bidder. If you have not established yourself as a power bidder or do not have a lot of experience then other bidders are going to put you to the test and without enough bids budgeted you are likely to lose. Set yourself a budget of bids big enough to give yourself a real chance.  The only way to know how many bids you may need to win an auction is to do your research and homework before bidding. Scan through the closed auctions and find out what kind of prices things are selling for first, or even better read all of our penny auction tips to win before you even get started.

Battling Power Bidders – This goes back to not doing your research or home work and wasting bids against power bidders who show time and time again that they are willing to go the distance.  As much as power bidders may frustrate you in your efforts to win a penny auction, you have to realize that it is going to cost you a ton of bids to beat these guys (unless you feel like they have recently started slipping).  Yes, power bidders can be beat, but winning penny auction strategy involves picking the weak spots in penny auctions and attacking them.  Going against a power bidder is generally a bad idea especially if you are on a limited bid buget.  Save those bids and find different auctions.

Fore more penny auction strategy visit the link for access to a growing list of top strategy articles published here and around the web.