How To Win Penny Auctions

This article takes a look at winning penny auction tips designed to give you more chances to win and help you waste fewer bids.  Ideas, techniques and tips to help you win penny auctions and how to maximize your chances of winning. 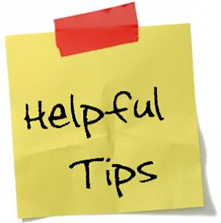 QuiBids - Largest penny auction in the US. 100% Auctions have the Buy One Now feature!

Research – Do your homework on the other bidders.  This is the biggest tip we can recommend is to know your fellow bidders and try to find out what type of bidding style they are using.  The first step in research is to look through the closed auctions and see who has won what items and for how many bids they spent. Get an idea of who you are bidding against and what kind of bids are they willing to put in for certain items.  Some people are power bidders and have proven time and time again that they are willing to use thousands of bids to win every auction they get involved in.  These types of bidders are best left alone and find another auction to get involved in or if you are going to fight them there are strategies you can most effectively use against them. Next step is to watch at least 2-3 auctions for the product you want from start to finish to see exactly how the auction cycle works for this particular product.  Finally, go through the closed auctions and get a general idea of what kind of prices the items you are interested in bidding on have closed for in the past and see if you can dissect any patterns.  Once you have a good idea of how the auction is likely to go, you can prepare to start playing in your auction.

Use a Scary Name – In most penny auctions, there is NO communication between you and the other bidders. There is no chat feature, no forum or no way to contact and communicate with the other bidders. This means that the your name is the primary way you communicate with other bidders. If you are looking through the upcoming auctions and see two auctions for the same item coming up with different bidders already placing bids, are you more likely to bid against some one named “JJpennies” or “WolfWONTStop”? A guy who works here actually used the the jj-pennies name and got crushed! More bidders likely to challenge “JJpennies” than someone with an intimidating name.

Use Auto Bidding – Most of the best penny auction sites allow you to set up some sort of auto bidding feature. These are known as bid agents, bid butlers, bid buddies or some other name but they do the same thing, bid automatically for you based on your specifications. Auto-bidders let you specify how many bids you want to place and the parameters for them to be placed on your behalf. For example you can set up the bid agent to bid 20 times at the price between $1.00 & $3.00 and to do so when five seconds remain. However most of the time you just set the auto-bidder to run from $0-$99 and then the amount of times you want to bid and when you want to place those bids. It is important to use these auto bidders whenever possible, unless you are utilizing the a war of attrition bidding strategy. The reason for this is that people are generally more inclined to bid against a ‘single bidder’ than they are against an auto bidder.

Bid During Off Peak Hours – Do your homework and see if you can gather when the best times of the day are to bid based on how much traffic the website itself has. You can estimate this by looking at how high the auctions prices are going across the board and compare that to the closed auctions list.  See if you can notice any times that seem off peak or any times where a particular item or grouping of items you are interested in have went cheaper than others.  It is not an exact science and the auction sites themselves do not tell you how much traffic they have and especially how much traffic they have at different times of the day. The more traffic the website has generally speaking the harder it is to win as there are more bidders readily available to start bidding on items.  You can use sites like compete.com and alexa.com in order to give you a general idea of how much traffic each site has in comparison to one another and here is a google insights search on popular penny auctions for the top five sites in our listings. In our experience, there are deals to be had at most sites all through out the day but some times are busier than others.  One quick tip is to look at the daily schedule for the penny auction site.  If there are times where they are lining up their largest auctions in a relatively short time period you can rest assured that this is their busy time.  Compare that to 4am and it will be a bunch of gift cards and smaller bid packs.

Start Small & Learn – There is nothing wrong at all with playing small to start!  Go for the smallest bid pack or the least competitive gift card.  Learn the details of how the bidding works at which ever penny auction site you are going to bid at.  It is usually a good idea to start out with the small items to get your first win.  On many penny auction sites like Beezid.com, there are beginner auctions that only newer bidders have the ability to bid on.  Take advantage of these beginner auctions whenever possible.

Pace Yourself – Don’t go crazy bidding on auctions all at once and if you score a victory for that day there is nothing wrong with sitting out a day or two and enjoying the win. Most every site sets win limits anyway so unless you pace yourself you could easily bump up against your bidding limit and be forced to wait until later anyway.   If you lose an auction do not get right back in to the next one. Study your auction and watch it go to completion and do some research watching your competition and see how long they bid. Pace yourself and pick your battles carefully.  Watch and research more about how people bid and find yourself a target. A target is a bidder who you know roughly how they bid and how many times they are willing to bid and this information allows you to be someone you want to bid against when given the right opportunity.

Set a Bid Budget – Before beginning any auction decide how many bids in your head that you are willing to spend to try and win the auction. We generally advocate sticking to this number most of the time.  The only times we like going over your budget is if the conditions in the auction have changed in your favor.  This will sometimes happen when your main competition has recently dropped out and it is you against single bidders.  In this situation it is OK to keep going above your bid budget.  If you are coming up on your bid budget and your competition is still bidding away then you should stick to your budget and let the auction go.


Get 20% Discount On Bid Purchase + up to 100 FREE bids! - New players only at HappyBidDay

Do Not Get Emotionally Attached To Auctions – You have to be able to let an auction go if you are up against stiff resistance and you believe you are likely to spend more bids than you are comfortable with to win.  I have watched emotional bidders spend thousands of bids worth thousands of dollars and not win a thing because they are up against a power bidder.  If an auction that you are involved in has fierce resistance, give up.  You can not and will not win every single auction you are involved in and there will be more auctions for the same item later that you can try.  Becoming emotionally attached to an auction is akin to going on tilt playing poker.  You let your emotions manage your decisions instead of strategically placing your bids in their most effective manner.

Patience – Do not rush in to any auction.  Make sure you have a good idea who the competition is on any particular auctions before bidding.  Most of the time, auctions will be contested by bidders that you might not want to get involved against.  Know that another auctions is just around the corner and you should save your bids.  Remember that each and every bid is important so be patient and do not let the bids in your bank and the awesome product up for auction blind you into spending your bids too soon. If you are not real early in, a good rule of thumb is to watch an auction for at least three minutes before placing any bids on it so you know who the bidders are and have a good idea of how much competition you are looking at. Besides, many of the big auctions can last for hours and the truth of the matter is that if you are watching the bidding then you are just as much alive in the auction as those bidders who have spent hundreds of bids up to this point!

Attack Easier Auctions – For example, on skoreit.com there are tons of gift cards auctioned off all day long. Some of these do not have that much resistance and are a lot easier to win than others than the auctions for the iPads or the big screen tv’s.  Compared to the auctions for the iPad or TV’s these auctions are a walk in the park.  It is easier to win 10, $50 gift card auctions than it is to win 1 auction for a $500 iPad.  A great tactic is to attack the gift cards, regardless of what kind it is and accumulate enough gift cards to purchase the item directly from Amazon.com or one of your other retail outlets.  You can exchange any gift card for others, or even money into your paypal account at PlasticJungle.com for a small percentage or fee.  Often times it is way easier and cheaper to win enough gift cards to cover the price of a high end electronic device than it is to win that electronic device yourself.  This is one of my favorite strategies as most gift card auctions are much easier to win compared to the higher end electronics.

Know Thy Enemy – know who you are bidding against. If you have spent the proper time researching the auction and how the site works it is super important that you know your competition. Which bidders should you avoid and which ones should you challenge? An awesome penny auction tool is held by a fantastic stats and tools site for bidders called allpennyauctions where you can type in the bidders name and see if they appear in the database. If they do, and if the penny auction site does not opt out of having their data collected, you can see how many auctions the bidder has participated in, how many bids they have placed, if they win or lose and if they are profitable based on MSRP overall. It’s a great tool to have in your penny auction bid bag and a great way to know your enemy.

Develop a Strategy – Read through our penny auction strategy articles and develop your own strategy to help you win more.  Do not just blindly place bids on an auction, as this hardly ever works and will cost you money.